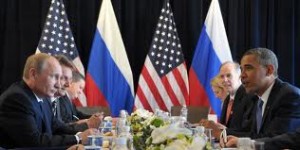 Can it really be true that the USA have changed its attitude to Russia and is willing to consider it as a democratic country? Is it really that Washington is ready for a new round of “restart” with Moscow, even if they can`t compromise over deployment of the American anti-missile defense system in Europe (EuroAMD)? Anyway, such thoughts can creep in after the recent announcement of Matthew Bryza, the director of the International Centre for Defense Studies in Tallinn, that focusing so much attention on «the Russian threat» does not speak well for image of Estonia in NATO and the member states of the North Atlantic Alliance don`t see threats for existence of the Estonian state.

It should be noted that these statements about alleged lack of “the threats from the East” firstly were rung from “western partners” from the territory of the Eastern Europe. This set expression, well-established in the certain western military and political groups, was discussed hard during NATO defense planning process for Poland and the Baltic States.

Today official Tallinn reiterates about the unfounded “militarization” of the western regions of Russia, as before couldn`t sleep quietly Polish, Baltic and Scandinavian politicians because of the Russian lightning operation on compulsion of Georgia to the peace in August, 2008. And that happens despite the defense guarantees of security for any member of the Alliance in accordance with Article 5 of the Washington Treaty. Perhaps, Mr. Bryza should remind this fact to the Estonians and restrain immediacy which is peculiar to them.

In addition, before the announcement of the American diplomat, the real information campaign against Russia was enhanced in the regional media, and hysteria about the alleged increasing of Russian troops and weapons on the NATO`s borders was rung from military and political leaders of the neighboring countries. One of the first fiddles on this “concert” played Rasa Jukneviciene, the former minister of National Defense of Lithuania and the follower of the USA. In every received to the Russian armoury S-400 system or “Iskander”, in every taken over the duty Voronezh radar, she saw, in first place, not rising of the level of combat readiness of the troops in the Western Military District and the Kaliningrad region, but a security threat in the region.

The results of the last parliament elections in Lithuania have showed that the politicians coming to the power in the country, can see excessive transatlantic influence in proper perspective and normalize relations with Moscow and Minsk, including the new head of the Department of Defense Juozas Olekas who can give a jump-start for the development of the military cooperation with their eastern neighbors. But, without any doubt, if Mrs. Jukneviciene continues searching the external enemies and  pressing forward to “democratize” anyone, she will find herself somewhere in structures of NATO or the European Union.

The “baton” fallen for a while, was confidently picked up by the Polish politicians. Firstly, Poland`s former National Defense Minister Romuald Szeremietiew, after that Polish Foreign Minister Radoslav Sikorcki doubted in defensive character of the forthcoming joint Russian-Belarusian exercise “West-2013” that will be conducted on the Belarusian  territory, also they proposed that their neighbors “were preparing for an eventual war with Poland”. According to the “Radek”, this maneuvers was a provocation against Poland. But, not everyone knows that in recent years there has been drastically increased the amount of military training of the NATO`s Allied Forces (AF) in Poland and the Baltic States, including improving skills in receiving and deployment of large military contingents and conducting strategic offensive operation in the eastern direction.

Local anti-Semite and former journalist, warred in Afghanistan on the Mojaheds side against the Soviet troops has forgotten to remind that even in demonstration plan of the Polish training “Anaconda – 2012” for Russia and Belarus (“Baria” and “Monda”) was initially predestined the role of aggressors. So, who`s provoking whom?

But for all of that we will give another explanation of the announcement of Matthew Bryza. It is possible that while restraining ardor of Estonia, the American diplomat gives to understand that NATO headed by the USA is a self-sufficient organization, that doesn’t agree for the role of the geopolitical player at number two under no circumstances, but the most important – he doesn`t believe in revival of bygone military power of Russia, despite its desperate attempts to restore the lost positions on the post-Soviet territory and in the world. As they say “the dogs bark, but the caravan goes on” – whatever  all the trillions that the Kremlin has spent for purchasing new weapons and its expressing fear about EroAMD agenda, in Brussels and Washington all the European military projects has been carried out with enviable tenacity. They are anti-missile palisade around the “heartland” (deployment of the guided missile destroyers (DDG) with the Aegis systems and missiles SM – 3 in the Mediterranean Sea, the Baltic Sea and even the Black Sea; deployment of the radars and Patriot systems in Turkey; preparation of the platforms for mobile anti-missile systems in Poland and Rumania; arrival of the fighter squadron F-16 and the group of troop carriers C-130 “Hercules” of the Air Forces of the USA on the basis of rotation on Poland territory and many others events.

By this script Poland and the Baltic States play the role of the “cannon fodder” and sponger which should raise claims to the eastern direction on every occasion and pose itself as unguarded sufferers, should increase military spending to the average level of NATO`s member states – this is not less than 2% form gross domestic product (GDP) – without approval of its own citizens. For some reason Mr. Bryza doesn`t mention that exactly “defenseless” Estonia reached this level first in the region last year.

Unfortunately, as the result of this policy the territory of the Eastern Europe with its population could be endangered. Because, despite the doubts of the American politicians in real Russian power, the response to their planes can be adequate indeed.  And not only by the “Iskander” missile systems, located in the Kaliningrad region and on the territory of Belarus. 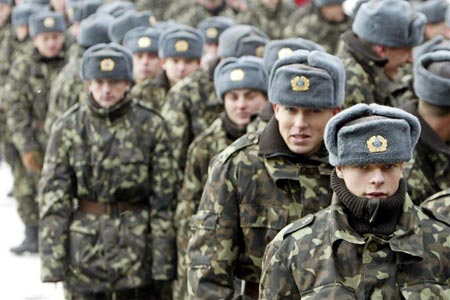 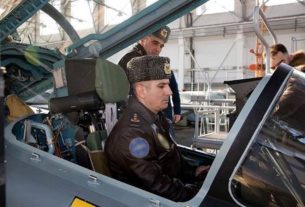