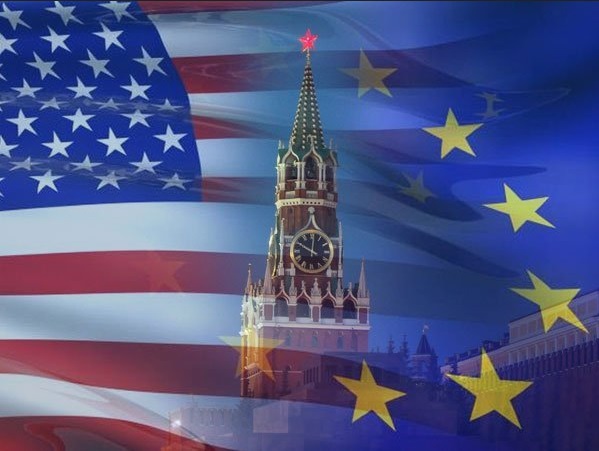 Events of the last months in Ukraine no doubt concern not only this country. They have affected the foundations of European security system in general. That is why mentions of possible unleashing the Third World War appear increasingly in the analytical reports. Despite the blaming Russia for interest in destabilizing Ukraine the actual situation is much more complicated.

To assess any event it is necessary to understand ‘who stands to profit from it?’

From the political and economic points of view Ukraine is attractive to many centers of power. It should be specified that China has taken a neutral stand in regard to the ‘Ukrainian question’. At least it doesn’t officially interfere with the on-going processes in Ukrainian case.

In the first place Ukraine is attractive to Russia

Though the US President Barack Obama names Russia as regional power, Moscow has declared in a loud voice its interest in Ukraine.

It should be noted that generally Moscow hasn’t been involved in the processes in Ukraine for more than two decades after the collapse of the Soviet Union for a variety of external and internal reasons. Boris Yeltsin’s saying ‘take as much of sovereignty as you can swallow’ can be fully referred to this country.

For all these years the relations between Russia and Ukraine have been forming on pragmatic ‘give-and-take’ basis. These relations were rarely clouded by political demarches of changing Ukrainian presidents and prime ministers supported by various oligarchic clans.

In case of zealous outbursts Russia used such leverage as gas prices and blaming for violation of sanitary requirements for various goods. Ukraine threatened to kick Russian Black Sea Fleet out of Sevastopol. In general, the tendency of economic cooperation prevailed over bilateral political relations. This fact became a reason for deep contradiction and the base for next confrontation.

Since growing in strength and getting international recognition Russia proposed Ukraine to make a choice in its further development and made emphasis on the economics, such relations have changed. It was a question of joining the forming the Customs Union and then the Eurasian Economic Union. In case of successful realization of that project (with Ukraine as a member) the Union would present serious economic power. It would be able not only to influence world economic processes but to some extent determine their conditions. To continue with this we can imagine close integration between the Eurasian Economic Union and the European Union which would be perfection of political art. Economic benefits from this cooperation would stabilize economics of all participating countries for decades but all that wouldn’t fit with the US interests.

Taking into account the level of Russian and Ukrainian mutual interdependence, such solution would be the most appropriate from the economic point of view. But something has gone wrong in Ukraine.

Ukraine is no less important to the European Union

There are several viewpoints on the question why the European Union is interested in Ukraine.

Politically Ukraine within the EU could considerably improve the organization’s international reputation. It would allow to speak in a different way about the importance of suggested European values for new members. In such case the attractiveness of the EU would be increased immensely.

Political integration immediately follows by integration in the European security system. In spite of ‘non-aligned state’ status Ukraine involuntarily becomes a shield protecting Europe from the ‘threat from the East’.

Ukraine is also very attractive to the EU from the economic point of view. Brussels functionaries are well aware of the necessity to provide considerable financial assets in order to help Ukraine to meet the EU standards in terms of economy. It is obviously that rapid and effective modernization of Ukrainian economy is not their goal.

Ukraine is a country with the population of 45 million people, and in comparison to other European countries, has a large territory. It is a perspective market for European goods and at the same it is a source of low-cost labour force for Europe. It should be remembered that Ukraine possesses considerable coal reserves and possibly shale gas reserves also.

Ukraine’s gas transportation system provides Europe about half of all consuming gas. Taking control of it would be the so-called ‘safety bag’ for the European states. That is why it is not a mere coincidence that we could find such statements as ‘European energy concept of the EU will make sense only if Ukraine is involved in it’, that was made by Polish Prime Minister Donald Tusk. Polish government lobbies for the creation of energy community which could make centrally-controlled procurements of Russian gas for the EU needs. For some countries, this system should decrease dependence of on Russian gas.

By a strange coincidence, just the US as nobody else has interested in observing humans rights and freedoms in Ukraine. By the way, this country doesn’t have ‘non-citizens’ like the Baltic States but everything is heading in that direction.

So why is Ukraine attractive to the American congressmen?

It should be noted that in reality the US economic interests in Ukraine are illusive. The only obvious one is to prevent economic cooperation with Russia and to prevent Russia’s strengthening. That is why we wouldn’t touch on this theme.

At the same time, American political interests are very clear. The most important of them are to break a visible tendency towards closer integration of post-soviet states, to prevent from forming a powerful economic union on the Eurasian space, put Russia back to the position of a regional state. Russia has been playing this role for more than two decades and this fact totally suited the Unites States.

In this regard, Ukraine is viewed by the US only as a tool to reach its own goals in this geopolitical game. It is true that the US uses this tool expertly.

Under current situation it is Washington that will benefit under any circumstances. The side which Ukraine joins (the EU or Russia) will be weakened because of getting a weak economy.

The first possible scenario. Russia is rigid in beliefs to protect Russians in Ukraine’s south-east and is involved in protracted political crisis (or possible military conflict) which demands huge financial and material expenditures connected with defense sector and modernization of degraded industrial infrastructure of Ukraine. In the worst-case scenario of military conflict military operation takes place on the European territory. The US won’t allow transferring such military actions to its continent. European countries will be unavoidably involved in this conflict as it was in our history before. Today nobody could predict the results of military confrontation. But in any case the US will get economic, political and military benefits.

It is clear enough for western European countries, nevertheless, young democracies such as Poland and the Baltic States demand deployment of about 10 thousand American soldiers, aviation bases or foreign military contingents on their territories (preferably the US contingent).

At the same time, NATO is interested in engaging its contingent (more than 50 thousand soldiers) in the conflict after completion the mission in Afghanistan. Alliance’s functionaries rub hands because of appearance of new ‘old’ enemy represented by Russia. So member states should consolidate their efforts and increase defense budgets to fight against it. In early April NATO Secretary-General Anders Fogh Rasmussen said ‘We still live in a dangerous world, and the threats are more complex and unpredictable than 65 years ago. Every ally needs to invest in its armed forces’.

The second scenario. Russia gives Ukraine to the European Union. Along with benefits the EU gets an unstable weak economy instantaneously consuming billions with low return. Ukraine as one more Greece within the European Union most probably will keep down economic growth in the Euro zone.

The United States prevents the European Union from strengthening by supporting economically unstable areas within the organization.

We should pay attention to the proposed by the US and the EU measures concerning Ukraine. Anders Fogh Rasmussen in his speech at the NATO Transformation Seminar in Paris underlined that ‘the European Union could make a considerable contribution in helping to reform the police and border service. While NATO could help to reform the Ukrainian defense structures and armed forces’.

As it can be seen from the above, he told nothing about the economy modernization but reconstruction of police functions and strengthening of the Armed Forces. And you can be sure that Ukrainian western partners will spare no expense.

Despite the fact that several parties obviously concerned with the current situation in Ukraine, only the United States is able to realize its goals. Successful use of all available tools (from NATO to IMF) would cause problems not only for Russia but for the EU member states that Washington is drawing into the orbit of its interest using force and cunning. 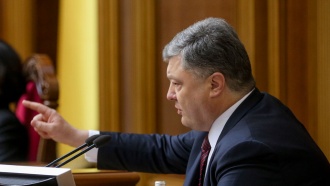 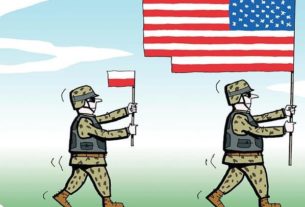 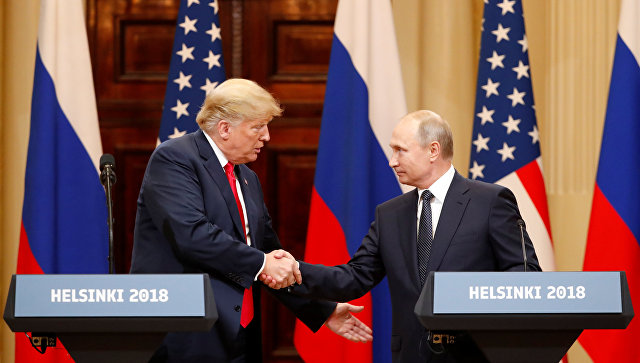 2 thoughts on “Ukraine like catalyst of contradictions between Russia, the United States and the European Union Украина как катализатор противоречий Россия-США-ЕС”