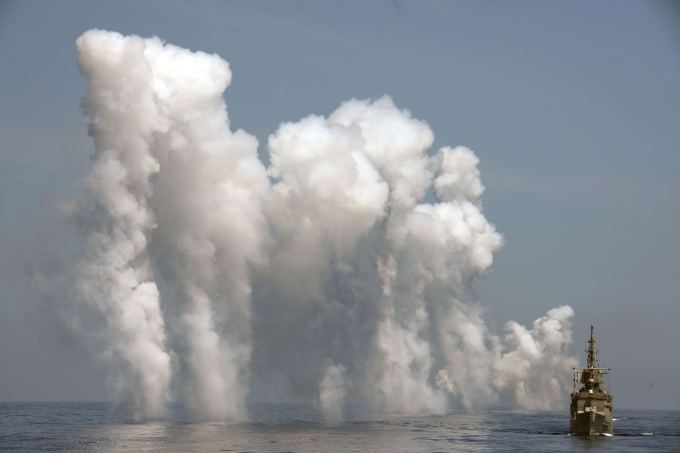 While the United States may welcome China’s peaceful rise, last week’s Valiant Shield exercise over the western Pacific Ocean plainly showed that Washington is hedging its bets on the “peaceful” part.

The U.S. military training brought 18,000 U.S. servicemembers together to fight a sophisticated enemy trying to block U.S. access to international waters and airspace.

Exercise officials scrupulously avoided any indication that this imagined enemy was any particular nation. Such is the diplomatic dance involved with China, America’s second- largest trading partner behind Canada. However, China is the only nation in the Asia-Pacific region building the large-scale type of “anti-access, area-denial” capability that exercise participants fought against.

The exercise tested the Air-Sea Battle concept, a set of tactics that first blinds an enemy’s communications in space and cyberspace, then destroys land- and sea-based weapons platforms.

Combatants also attempt to shoot down or otherwise defeat the enemy’s deployed weapons.

The Defense Department’s 2013 unclassified summary of Air-Sea Battle never mentions China explicitly. However, the Pentagon’s annual report to Congress on China’s military makes it clear that Beijing is developing the weapons its war planners believe will prevent the U.S. from safely sending its ships into the international waters of the East and South China seas. That would potentially complicate U.S. efforts to defend Taiwan, which China claims.

The U.S. also has alliances and agreements with some of China’s neighbors, a few of whom are entangled in territorial disputes with Beijing.

The Air-Sea Battle concept, which became official doctrine in 2010 and now has a dedicated Pentagon office, is focused on defeating China if it grows increasingly belligerent, according to security analysts.

“Air-Sea Battle is about China — no doubt,” said Aaron Friedberg, a PrincetonUniversity professor who published a book this year on Air-Sea Battle and its alternatives. “We have exaggerated concerns about offending the Chinese. I think at some point we have to be more candid.”

However, analysts differ over whether Air-Sea Battle’s existence deters China from potential aggression, or whether it increases the chances of a globally devastating war.

Among Air-Sea Battle advocates and detractors alike, few believe there is much good about a conflict between China and the United States. Choosing a deterrent is about choosing “the least bad strategy,” according to T.X. Hammes, a NationalDefenseUniversity senior fellow and retired Marine colonel.

China hasn’t fired a shot at any of its neighbors recently, but its attempts at what Defense Secretary Chuck Hagel has deemed “force and coercion” have increased.

Chinese ships engaged in low-level standoffs with Vietnam and the Philippines over territorial sovereignty in the South China Sea; in Vietnam’s case, a fishing boat sank after a ramming incident with a larger Chinese vessel in May.

Japan and China have repeatedly scrambled jets over the SenkakuIslands, which Japan administers but China claims as its own.

China’s military is presently considered to be no match for the United States in a full-scale conflict, but that is expected to change in the coming decades as Beijing’s spending and technology continue their upward trend. What remains unclear — and is nerve-wracking for U.S. allies in the region — is whether China will grow to resolve its disputes diplomatically or wield its newfound military clout.

“I don’t see how we make decisions about the weapons we buy and how we reassure our allies unless we have a plausible story about how to fight and not lose a war against China,” Friedberg said. “I don’t think we have that right now.”

Air-Sea Battle is a set of tactics, but it is not a strategy by the military’s own definition. It provides a method for re-entering oceans and airspace after China tries to deny entry and maneuverability.

China is building missiles like the Dong Feng-21D, a ballistic missile with a maneuverable re-entry vehicle that is designed to strike a moving aircraft carrier. If it works, that could keep some of America’s most potent weapons out of striking range.

Although the U.S. military maintains ship and land-based interceptor missiles, shooting down a volley of advanced ballistic missiles is far from a guaranteed success. That is why the “tip of the spear” in an Air-Sea Battle isn’t made up of ground troops or pilots — it’s computer hackers or, in military terms, cyberwarriors.

At the beginning of the fight, the U.S. aims squarely at the web of networks and satellites controlling the enemy’s missiles and other weaponry in a “blinding campaign.” It is a critical component of Air-Sea Battle, but it is also the biggest unknown, Friedberg said.

The military keeps so much of its cyberdefense planning classified that it’s impossible for anyone on the outside to analyze it.

“We want others to believe that we have an ace up our sleeve — that we can make things go away with flip of a switch,” Friedberg said.

The blinding campaign also includes air and sea strikes on some of China’s softer targets, like over-the-horizon radar, Friedberg said.

The next phase involves striking ships, platforms and other armaments on land and sea. Air Force, Navy and Marine Corps aircraft would potentially fly several missions, including bombing runs over China. Navy surface and undersea ships would also be heavily involved in that phase.

Navy ships, Army missile defense batteries and other methods would attempt to intercept any missiles that made it to launch.

Supporters of Air-Sea Battle view its potential to cripple the People’s Liberation Army as so disruptive that it threatens the Chinese Communist Party’s survival. That deters the party leadership from taking any overly aggressive action in the Asia-Pacific region, thereby guaranteeing regional stability and the free flow of world commerce.

Hammes, the NationalDefenseUniversity scholar, views it as a dangerous, escalatory concept that could even lead to a nuclear war. “The Navy has stated categorically that Air-Sea Battle isn’t a strategy, and they’re right,” Hammes said. “It’s a concept without strategy, and that may be the most dangerous aspect.”

American strategy should instead seek to minimize a conflict with China, according to Hammes. Assuming China strikes first in space or cyberspace, it immediately gains an advantage in those domains and jeopardizes Air-Sea Battle’s chances of success, he said.

As for destroying China’s land-based weapons platforms, that’s a tough act to pull off. China is converting to solid-fuel missiles, which launch within minutes, he said. Meanwhile, China’s mobile missile launchers would be hard to find, Hammes said.

“The evidence we have is that it’s not doable,” Hammes said. “We hunted Scuds in the desert (in the Gulf War), and we still never killed one. Imagine shuttling around on the complex terrain of China.”

Hammes instead favors a less costly approach that analysts refer to by names like “offshore control” and “distant blockading.” They vary in their aggressiveness, but generally rule out bombing runs over Chinese land.

Hammes’ contends that the Chinese Communist Party fears economic threats more than anything else. In a 2003 speech, President Hu Jintao began a debate on the “Malacca Dilemma,” the position that China’s economic and energy security is compromised because so much if it passes through the narrow MalaccaStrait.

“They can have their near-shore waters,” Hammes said. “They need the rest of the ocean.”

By Hammes’ count, teams of 13 to 15 Marines could interdict the roughly 800 ships that carry bulk import and export goods to and from China’s main ports.

The blockade would economically strangle China but would not leave it in a position where the Communist Party couldn’t eventually sue for peace without losing face, Hammes said.

China is aware of this weakness and is building land links to its west to compensate. However, Hammes doesn’t believe that China wants to put its economy in the hands of the Russian and Kazakh rail networks. Even if it did, the railroads couldn’t handle anywhere near the same cargo capacity, he said.

Hammes’ strategy leaves out fighting in space and cyberspace and minimizes what he deems as the chance of a nuclear exchange.

Friedberg thinks the chance of China using its comparatively smaller nuclear arsenal against the U.S. in response to Air-Sea Battle is highly unlikely, since it would be akin to “contemplating national suicide.”

Defending against Air-Sea Battle also forces the Chinese to put more resources into defending their installations, which presumably takes some funding from things like hypersonic missiles, Friedberg added.

Proponents of Air-Sea Battle contend that while a blockade might be a good concurrent idea, it doesn’t do anything to gain access to the seas and air China has blocked. If blockading becomes America’s strategy, it may not reassure U.S. allies in the region who are within or bordering a Chinese-enforced no-go zone.

Analysts agree that a war between two nuclear nations, especially one involving the world’s two biggest economies, is inherently unpredictable. Great power wars historically have lasted for many years, which runs counter to apparent U.S. and Chinese planning for a short conflict, Hammes and Friedberg said.

Nevertheless, Friedberg argues that the U.S. must be prepared for conflict.

“I don’t think we can diminish that danger by not doing these things,” he said. “[China] is already making preparations to do that … so it’s not like we’re starting this competition.” 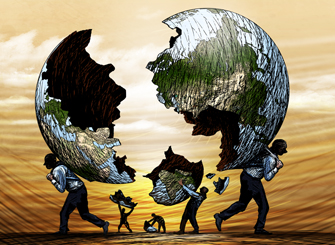 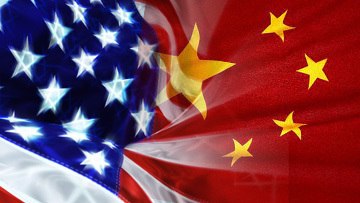 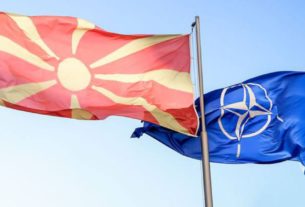