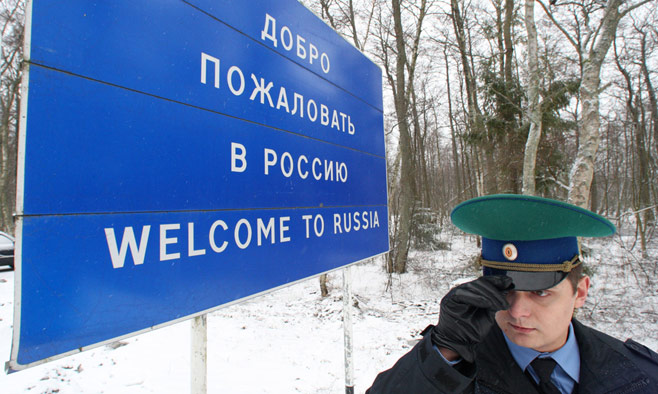 While Russia’s tussle with Ukraine may seem an unfair match, Ukraine does have one simple advantage — it makes a number of important vehicles and components that Russia needs to equip its military.

After Moscow’s annexation of Crimea last year, Kiev brought its leverage to play and placed a moratorium on all defense industry exports to Russia’s military, effectively bringing production of certain military hardware to a halt.

But Ukraine isn’t the only country able to curtail Russia’s military development at will — thanks to the legacy of the U.S.S.R.’s sprawling military-industrial complex, Russia needs enterprises in Belarus, Kyrgyzstan, and Kazakhstan

Over the decades, industrial plants developed specialities and supply chains that «simply remained after the collapse of the Soviet Union,» said Julian Cooper, an expert in Soviet economic history at Britain’s University of Birmingham.

The Moscow Times takes a look at some of the largest thorns in the side of Russia’s military-industrial complex.

The Shipbuilding Industry in Ukraine

Ukraine during the Soviet period was a major shipbuilding hub. The Soviet navy’s largest ships, such as aircraft carriers, were all built at a massive dry dock in the port of Nikolayev, situated on the Black Sea. Modern Russia does not have any shipyards capable of handling shipbuilding projects larger than 60,000-70,000 tons.

Close to these shipyards, the Soviets built highly specialized production centers for naval gas turbine engines and power plants — the most complicated component of modern shipbuilding, and therefore extremely difficult to duplicate.

Those turbines have now become an Achilles heel for Russia. Ukraine in March stopped shipping the turbines, torpedoing plans for Russia’s next generation Admiral Gorshkov- and Admiral Grigorovich-class frigates and compromising plans to build a massive super aircraft carrier with a 100,000 ton displacement.

«I think the problem with gas turbines is very serious, and its solution in terms of the organization of production in Russia will require several years,» said Mikhail Barabanov, a military expert at the Moscow-based Center for the Analysis of Strategies and Technologies, a defense think tank.

Several cutting-edge shipbuilding projects have been placed on two to three year holds while the Zvezda factory in St. Petersburg and aircraft engine manufacturer Saturn launch production of Russian turbines and power plants.

The Aerospace Industry in Ukraine

Southeast Ukraine is home to two massive aerospace enterprises: Motor Sich in the city of Zaporizhia and Yuzhmash in the city of Dnipropetrovsk. Since at least the 2004 Orange Revolution in Ukraine, an event that swept out pro-Russian politicians, Moscow has been keenly aware that these dependencies are dangerous for its military.

This is especially true in the field of helicopters — almost every Soviet helicopter engine ever built came out of Ukraine’s Motor Sich plant. Ten years after the Orange Revolution, Russia’s Klimov plant in St. Petersburg has only been able to ramp up production to 100 engines a year.

This is enough to cover Russia’s military orders — which dropped to 88 this year from over 130 on the 2014 defense order — but could pose a problem for civilian helicopters and military helicopters built for export by top helicopter firm Russian Helicopters.

Despite the ban, so far Motor Sich, one of Ukraine’s few defense firms not owned by the state, is still delivering engines for civilian and export helicopters, according to Barabanov.

Another major Ukrainian firm building components for Russia is Yuzhmash, which makes rocket engines and fuel tanks for Russian ICBMs. Yuzhmash has also managed to avoid curtailing exports, although in the event of a cut-off Russia’s own rocket industry would be able to produce similar components.

Moscow is also seriously dependent on other former Soviet states such as Belarus for a variety of components used in all types of Russian military equipment.

According to Gurulev, around 99 Belarussian defense firms supply Russia with almost 2,000 types of defense-related goods.

Russia has yet to burn any bridges with Belarus, though, and keeps a firm hold over the tiny nation thanks to its preeminence as a trade partner.

Birmingham’s Cooper pointed out that most of these military goods are not final products, but components such as optical equipment and military electronics for use in final assembly of Russian military vehicles — which have become more important after an EU arms embargo cut Russia off from advanced electronics made by European defense firms.

Beyond Belarus, Russia has lingering dependencies on defense industry firms in Kazakhstan and Kyrgyzstan, which according to Cooper make torpedoes and other equipment for the Russian army.

However, just because Belarus and Kazakhstan have a weaker hold on Russia, a cut in exports alongside Ukraine’s embargo could seriously unbalance Russia’s rearmament plans.

Russia is set to spend around 20 trillion rubles ($368 billion) on replacing or modernizing 70 percent of its Soviet-era military hardware by 2020. 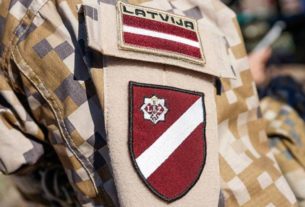