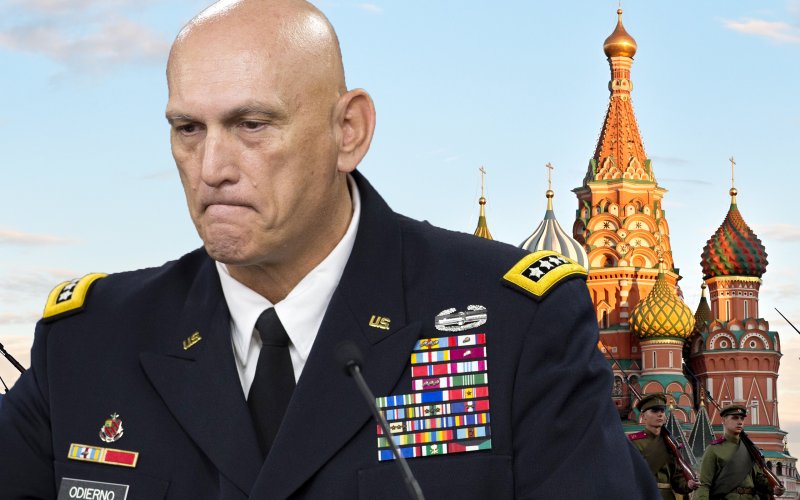 The U.S. military has run the numbers on a sustained fight with Moscow, and they do not look good for the American side.

A series of classified exercises over the summer has raised concerns inside the Defense Department that its forces are not prepared for a sustained military campaign against Russia, two defense officials told The Daily Beast.

Many within the military believe that 15 years of counter terrorism warfare has left the ground troops ill prepared to maintain logistics or troops levels should Russia make an advance on NATO allies, the officials said.

Among the challenges the exercises revealed were that the number of precision-guided munitions available across the force were short of the war plans and it would be difficult to sustain a large troop presence.

“Could we probably beat the Russians today [in a sustained battle]? Sure, but it would take everything we had,” one defense official said. “What we are saying is that we are not as ready as we want to be.”

One classified “tabletop exercise” or “TTX”—a kind of in-office war game —“told us that the wars [in Iraq and Afghanistan] have depleted our sustainment capability,” a second defense official explained, using military jargon for the ability to maintain a fight. The exercise was led by the Department of Defense and involved several other federal agencies.

In recent months, the top officers of the military have begun to call Putin’s Russia an “existential threat” to the United States. The results of those exercises—and Russian-backed forces’ latest advance in Ukraine—didn’t exactly tamp down those fears.

But these concerns about readiness and sustainability are not universally held — not even inside the Pentagon. Everyone in the U.S. security establishment acknowledges that Moscow has roughly 4,000 nuclear weapons, the world’s third largest military budget, and an increasingly bellicose leader. There’s little agreement on how likely that threat could be.

“A war between Russian and NATO is an unlikely scenario given the severe repercussions Russia would face. In addition to the overwhelming reaction it would provoke, Russia’s aging military equipment and strained logistical capabilities make a successful offensive attack a very difficult proposition for them,” one U.S. intelligence official told The Daily Beast. “In short, direct conflict with Russia is a low probability, high-risk situation. The challenge of Putin’s erratic leadership is that low probability events are slightly more probable.”

The U.S. military still has the upper hand in so many ways, after all. But there are limits—severe limits—on those advantages. For its air power, for example, the U.S. military would be leaning on worn out fighter pilots and limited maintenance abilities for their planes. And the surveillance drones needed would have to be drawn from other conflict zones.

“Against an adversary like Russia, we can’t take the kind of air dominance we’ve had in conflicts since 9/11 for granted,” a second defense official explained. “Any conflict of significant magnitude against an adversary like Russia means we’d need to commit airmen and resources that are now operating in other parts of the world at a rate that minimizes their ability to train for that kind of fight.”

The official added, “We may very well be able to provide the airpower that would allow us and our allies to prevail in a high-end fight, but the current state of our air forces definitely doesn’t make that a sure bet.”

Around the time of that TTX, in June, the U.S. military also conducted four major field exercises with its NATO counterparts, called Allied Shield, consisting of 15,000 troops and 19 member countries. In March, Russia conducted its own exercises, at one point deploying as many as 80,000 personnel.

“The focus of the exercises is on what each side sees as its most exposed areas, with NATO concentrating on the Baltic States and Poland whilst Russia is focusing primarily on the Arctic and High North, Kaliningrad, occupied Crimea, and its border areas with NATO members Estonia and Latvia,” is how one reported summarized the dueling manuevers (PDF).

And like the tabletop exercise, Allied Shield suggested the U.S. could not maintain a sustained fight against the Russians.

Moreover, Russia’s blend of special forces, local proxies, weaponized propaganda, cyber espionage, and sneak attacks has many in the U.S. military struggling to figure out how to respond. Of course, they want to check Russian aggression—especially if Putin makes a move for America’s NATO allies in the Baltics. They’re not sure how do to that without starting down the path towards World War III. Especially now that Russia has declared itself open to the notion of using first-strike nuclear weapons in a conventional conflict.

The Daily Beast’s Anna Nemtsova, who is currently with U.S. military trainers in Ukraine, asked one of them what they would they do if their units were suddenly surrounded by Russian-backed forces.

“Let me think for a moment, that is a difficult one,” the American soldier said.

At his last briefing with reporters, Army Gen. Raymond Odierno, the outgoing Chief of Staff of the Army, said NATO exercises conducted in Europe exposed even small challenges that could have outsized impact in a fight against Russia.

“One of the things we learned is the logistical challenges we have in Eastern Europe. For example, Eastern Europe has a different gauge railroad than Western Europe [where U.S. has traditionally trained] does so moving supplies is a more difficult. So we are learning great lessons like that,” Odierno said.

More serious was Odierno’s warning that “only 33 percent” of the U.S. Army’s brigades are sufficiently trained to confront Russia. That’s far short of the 60 percent needed. Odierno said that he does not believe the Army will reach those levels for several more years.

During the height of the Cold War, there were roughly 250,000 U.S. troops deployed to Europe. After the first Gulf War, that number fell to roughly to 91,000. That number today stands at 31,000—although some additional troops have been added since the stealth invasion of Ukraine.

And yet, many throughout government are not nearly as worried as the military. In fact, these insiders suspect that the Pentagon’s warning is more a means to seek leverage amid threats of budget cuts. The military is hoping to stave off major cuts to its ground force and cash flow, as the war in Afghanistan winds down.

Lawrence Korb—a senior fellow at the Washington D.C.-based Center for American Progress, which is closely aligned with the Obama White House and the Hillary Clinton campaign, said that he believes the military is taking advantage of Russian aggressions over the last two years to fight its budget battles.

Further, Korb is not convinced the exercises reflect reality, noting the U.S. spends roughly $600 billion on its defense compared to Russia’s $60 billion. Russian weapons are far less modern, and Putin had to abandon his $400 billion plan to upgrade them earlier this year as the Russian ruble fell.

“We’d clean their clocks. [Russian troops are] not that good. They are not as modern,” Korb said. “I think [the military] took advantage of recent Russian aggression because it has become clear we would not use large ground armies” to confront groups like the self proclaimed Islamic State.”

The U.S. military is now worried about Russia “in the same way the Navy [once] talked about the Chinese” to stop cuts to its budget, he added.

But Lt. Gen. Mark Hertling, who retired in 2012 as the commander of U.S. Army Europe, said that the Russian threat existed far before the latest budget squabbles. And when he raised them in 2010, they fell on deaf ears.

“We were beating the drum of Russia in 2010 and we were told [by Washington officials], ‘You are still in the Cold War.’ All the things we predicted would happen, happened, but it wasn’t at the forefront of the time,” Hertling said.

“This gets to a lack of trust between the government and the military,” Hertling added. “We were monitoring Russian movement and they were increasing not only their budget but their pace of operation and their development of new equipment. They were repeatedly aggressive and provocative even though we were trying to work with them.”

Since then, the Army has shrunk rapidly—by 80,000 troops. Should Congress enact the across-the-board budget cuts known as sequestration, the Army could fall from 450,000 soldiers to 420,000, making it the smallest U.S. ground force since the end of World War II. Odierno has called such figures dangerous.

“The unrelenting budget impasse has compelled us to degrade readiness to historically low levels,” Odierno said last month at a conference.

Either way, the London-based European Leadership Network released a report Wednesday, and concluded the dueling large scale military exercises are aggravating tensions, not deterring the opposing side, as intended.

“Russia is preparing for a conflict with NATO, and NATO is preparing for a possible confrontation with Russia. We do not suggest that the leadership of either side has made a decision to go to war or that a military conflict between the two is inevitable, but that the changed profile of exercises is a fact and it does play a role in sustaining the current climate of tensions in Europe,” found the report, titled Preparing for the Worst: Are Russian and NATO Military Exercises Making War in Europe more Likely? 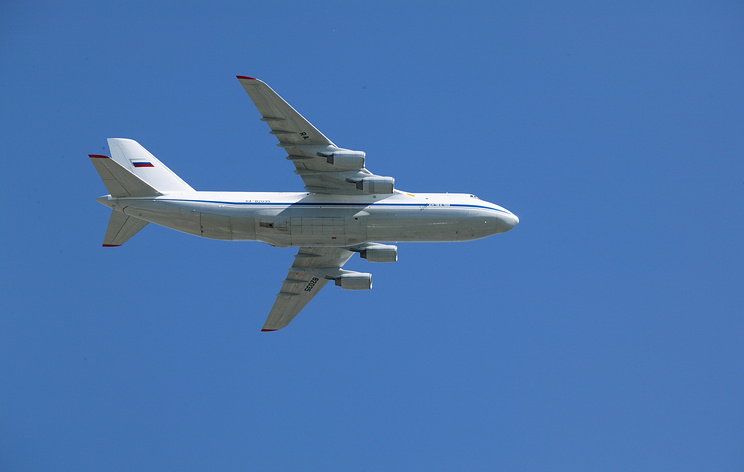 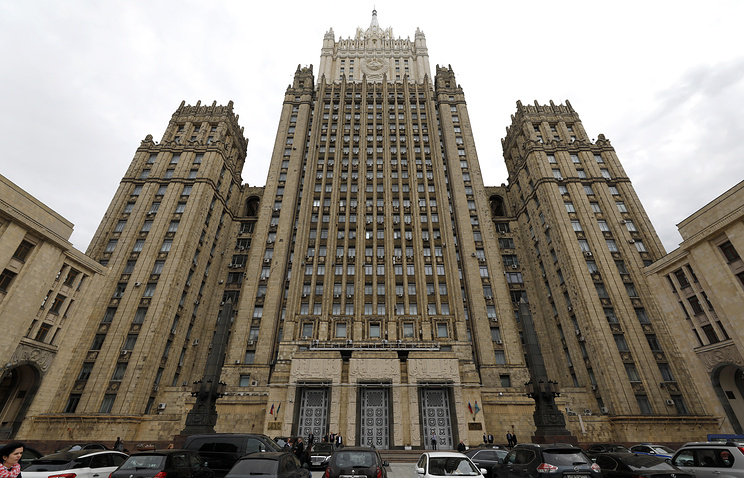