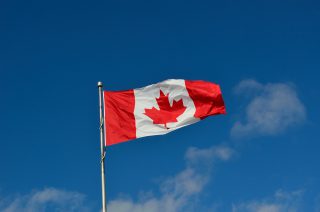 On May 7, 2016, the Government of Canada announced that it would immediately relax sanctions against Belarus and initiate the regulatory process to remove Belarus from the Area Control List (ACL), a regulation made pursuant to the Export and Import Permit Act (EIPA).1 While the regulatory process unfolds, exporters will be authorized by permit to export goods to Belarus.

Under EIPA, goods and technology cannot be exported to countries listed on the ACL without a permit. The Trade Controls Bureau of Global Affairs Canada is responsible for issuing permits. However, the opportunity to export goods on ACL-listed countries under authority of a permit is normally limited to humanitarian goods.2 Under the new policy, the Trade Controls Bureau will issue permits for the export of non-humanitarian goods and technology, provided the goods are not listed on the Export Control List (ECL). The ECL requires export permits for seven groups of goods and technology, including dual-use goods, nuclear-specific goods, military goods and biological weapons.3

The regulatory process to remove Belarus from the ACL may take a few months to complete. In the interim, the new policy of issuing export permits for non-ECL goods is effective immediately. This means that exporters of non-ECL goods and technology can immediately start to pursue business opportunities in Belarus with the expectation that they will promptly obtain the necessary permit. As such, the announcement provides Canadians with access to the Belarus market that had not been available since 2006 when Belarus was first added to the ACL. In spite of the restrictive measures, Canadian exports to Belarus totalled nearly $34 million and imports totalled nearly $50 million in 2014.4 Lifting the sanctions against Belarus will further increase the trade opportunities between Canada and Belarus.

The Canadian Government’s recent decision reflects its recognition of the positive actions taken by the Government of Belarus, including facilitating the Minsk agreement in Ukraine, releasing political prisoners and conducting a presidential election that demonstrated greater adherence to international norms. The proposed policy is consistent with the actions taken in October 2015 by the United States and the European Union to repeal their economic sanctions against Belarus. Once Belarus is removed from the ACL, the only country remaining on the list will be North Korea.5

Exporters wishing to pursue new opportunities in Belarus should first assess whether their goods are on the ECL. If they are new to the export controls system, then they should also familiarize themselves with the Trade Controls Bureau online permit application portal, EXCOL, which enhances the speed and efficiency of the permit application process. The International Trade Group at Dentons has extensive experience with Canada’s export controls and sanctions regimes, and is there to assist Canadian companies successfully pursue export opportunities around the Globe.