The foreign Ministry of Belarus is preparing for the meeting of the contact group on settling the situation in Donbass, which will be held on Wednesday, reported RIA Novosti on Tuesday the official representative of the Belarusian foreign Ministry Dmitry Mironchik.

Earlier, the press service of the envoy of the self-proclaimed Donetsk people’s Republic at the talks in Minsk Denis Pushilin and the OSCE representative Martin sajdik said that the meeting of the contact group on Donbas scheduled for June 1.

“The Ministry of foreign Affairs is preparing to host Wednesday’s meeting of the trilateral contact group and its four sub-working groups”, — said Mironchik.

He said that the subgroup on political Affairs will meet on Tuesday and Wednesday.

The Ukrainian authorities in April 2014 began a military operation against the breakaway LC and the DNI, which declared independence after a coup in Ukraine in February 2014. According to the latest UN victims of the conflict began more than 9 thousand people.

The settlement of the situation in the Donbass is discussed, including during meetings in Minsk the contact group, which from September 2014 adopted three documents regulating the steps to de-escalate the conflict. However, after the armistice agreements between the parties to the conflict continue shooting. 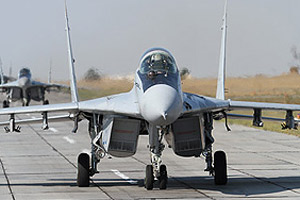