This was announced by President of Belarus Alexander Lukashenko, Censor.NET informs citing BELTA.

«We’re having a great day today in terms of security and defense. Our military, using those scarce funds they got, managed to develop and test Belarusian-made missile munitions today. The launch of missile systems has been conducted,» the president of Belarus said.

According to Lukashenko, the tests were «very successful.»

«The missiles hit the target in meter and a half from it in the first volley. … That’s perfect. These missile systems were developed here in Belarus in two years,» Lukashenko said.

Missiles of one Polonez combat vehicle are able to hit eight targets simultaneously, with departure from target point not more than 30 meters. 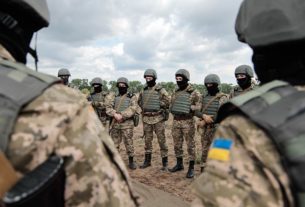