A center of the United Nations Office in Belarus will be set up in Brest. A relevant agreement was reached during a meeting between representatives of the Brest Oblast Executive Committee and UN Resident Coordinator in Belarus Sanaka Samarasinha on 20 July, BelTA has learned. Chairman of the Brest Oblast Executive Committee Anatoly Lis put forward the idea to open a UN center in Brest. He noted that many projects are implemented in the region under the aegis of the United Nations. There are many cooperation proposals, and some of them are suggested by local communities. Local government agencies need to maintain a constant contact with a UN representative, Anatoly Lis said. He stressed that a center should be set up to coordinate all the projects. “Today we should work directly with a UN representative to find common avenues for cooperation.

We do not start from scratch. We should analyze the results of our work and move forward. The range of cooperation opportunities is very wide,” the official pointed out. Sanaka Samarasinha supported the idea. He said that the UN Resident Coordinator in Belarus has a representative in each region. However, this person works on only one specific project. In Brest Oblast, this is the EU/UNDP project Support to Local Development in the Republic of Belarus with a budget of $500,000. Meanwhile, some 20 projects currently run in Brest Oblast to the total tune of around $10 million. “It is important for us to have a team that would work in Brest. We have already thought about setting up centers in all regions of Belarus, and Brest will be the first regional capital to have a UN office,” Sanaka Samarasinha told reporters. The meeting at the Brest Oblast Executive Committee discussed different cooperation areas related to economic encouragement, development of SMEs, environment, promotion of a healthy lifestyle, and prevention of domestic violence.

Sanaka Samarasinha also said a few words about the national campaign Inclusive Belarus that the UN Office will launch in autumn. The campaign will aim to eliminate barriers hampering the lives of certain groups of people, inclduing people with disabilities, some categories of women and children, HIV-positive people and migrants. 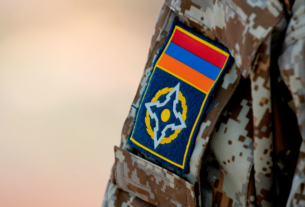